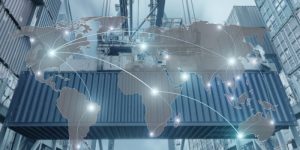 Let’s take a look at the agencies you may be working with as you manage your import/export business. While they can be divided in broad strokes into importers and exporters, there are many variations on the main theme.

Export management company (EMC). An EMC handles export operations for a domestic company that wants to sell its product overseas but doesn’t know how (and perhaps doesn’t want to know how). The EMC does it all — hiring dealers, distributors and representatives; handling advertising, marketing and promotions; overseeing marking and packaging; arranging shipping; and sometimes arranging financing. In some cases, the EMC even takes title to (purchases) the goods, in essence becoming its own distributor. EMCs usually specialize by product, foreign market or both, and — unless they’ve taken title — are paid by commission, salary or retainer plus commission.

Export trading company (ETC). While an EMC has merchandise to sell and is using its energies to seek out buyers, an ETC attacks the other side of the trading coin. It identifies what foreign buyers want to spend their money on and then hunts down domestic sources willing to export, thus becoming a pseudo-EMC. An ETC sometimes takes title to the goods and sometimes works on a commis­sion basis.

Import/export merchant. This international entrepreneur is a sort of free agent. He has no specific client base and doesn’t specialize in any one industry or line of products. Instead, he purchases goods directly from a domestic or foreign manu­facturer, then packs, ships and resells the goods on his own. This means that unlike his compatriot, the EMC, he assumes all the risks (as well as all the profits).

Let’s say you’re an exporter with a really hot product to sell. Who do you look for? A buyer, otherwise known as an importer. Here’s the rundown on the various types of importers:

Commission agents. These are intermediaries commissioned by foreign firms searching for domestic products to purchase.

Commission representatives. Similar to independent sales reps in the United States, these folks usually work on a commission basis, and because they don’t purchase (take title to) the product, they don’t assume any risk or responsibility.

Country-controlled buying agents. These foreign government agencies or quasi-governmental firms are charged with the responsibility of locating and purchasing desired products.

Foreign distributors. Similar to wholesale distributors in the United States, these merchants buy for their own account, taking title to and responsibility for the mer­chandise.

There are, of course, more players than just the importers, exporters and their cast of distributors and representatives. You’ll also be dealing with the major players in the game: the government entities.

Two important goals of the U.S. Customs Facilitation and Trade Enforcement Reauthorization Act of 2009 were enhancement of supply chain security and enhancement of trade facilitation. Toward those goals, the U.S. government created the U.S. Customs and Border Protection Agency (CBP) and the U.S. Immigration and Customs Enforcement Agency (ICE). Together these two agencies take on many more tasks than just checking for contraband souvenirs. According to their websites, they also:

The Bureau of Industry and Security (BIS) is another entity that governs the exportation of sensitive materials such as defense systems, plutonium and encrypted software. Headed by the Department of Commerce, BIS administers export controls, coordinates Department of Commerce security activities, and oversees defense trade. The BIS manages the export of most merchandise through the Export Administration Regulations, also known as EAR.

Beyond CBP, ICE and BIS, various agencies regulate the importation and exportation of sundry products. To find out which agencies oversee your particular product(s), contact visit the CBP’s website.